Not Convinced Your Timeshare is Worthless? Then Do This...

Even though the IRS values all timeshares as worthless, and hundreds of timeshares can be had on eBay for next-to-nothing, some people just can't believe that the timeshare for which they paid tens of thousands of dollars, isn't worth the paper their contract is printed on.

Any company selling a legitimate product would gladly jump at such a proposal because it would be foolish not to. Your car dealership would take you up on that. Your realtor would. So why not your timeshare company?
Hmmm, I wonder why...
at August 11, 2017 No comments: Links to this post

Ever Wonder Why Timeshares are Allowed to Stay in Business? 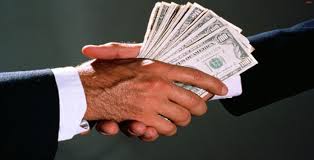 Reprinted from The Orlando Sentinel, July 20, 2017: Marriott Vacation Club, the Orlando-based time-share company, is being accused of using its influence to get state law changed to help it jump off the hook of a pending lawsuit.
Two Central Florida legislators introduced changes to the state’s time-share law last year, after MVC was sued because of its time-share policies. The company has not commented on whether it sought the change. It stated in a court notice that the change in the law “is of crucial importance to this case” -- just weeks after Gov. Rick Scott signed the bills into law May 23.
New York attorney Jeff Norton sued MVC last year, alleging in court documents that the company’s entire sales structure is basically an illegal racketeering scheme because it uses a points-based system that was built on top of a system that previously sold deeds to real estate, among other things.
Norton took note of the timing of the change in the state law in a formal objection to the company’s notice regarding the change. “It seems obvious that because defendants [MVC] could not justify the legality of their conduct under existing law, they endeavored to change the rules,” Norton wrote to the court.
Because of the new law and definition, the company and its attorneys at Greenberg Traurig say much of the pending lawsuit is without merit, telling the judge in the case that the recent change in law “effectively eliminates several of plaintiffs’ claims in whole or in part.” MVC officials declined to comment for this story; regarding the lawsuit, the company previously said it follows every aspect of the state regulatory compliance for vacation ownership sales.
The company’s efforts to change the law while litigation is pending “may be legal,” Norton said in an interview that echoed his court filing, and he added, “I do think there’s something inherently wrong with using political influence to rewrite the rules, when you can’t defend your actions.”
A third-party observer, Ben Wilcox of the nonprofit government watchdog group Integrity Florida, said the time-share law changes are suspect.
“It has the appearance of unethical influence, the appearance anyway,” Wilcox said. “The question would be, does it represent misuse of office or conflict of interest? Is it meant only to benefit those corporations and change the rules of the game?”
The two state legislators who are credited with changing the law are Rep. Michael LaRosa, R-St. Cloud, and Sen. Travis Hutson, R-Elkton. Hutson’s office did not respond to a request for a statement or interview.
LaRosa worked with the time-share industry’s lobbyists at the American Resort Development Association to craft the bill, said spokeswoman Rebekah Hurd. The company is a member of ARDA. She said LaRosa intended that the legislation help define how a time-share owner can cancel a contract.
“The bill was not designed to benefit any specific operator or to interfere with any pending litigation. Throughout the bill being heard in its committees of reference not once did the definition change, get questioned nor did any one person or organization express any opposition,” Hurd, said in an email.
Scott’s spokeswoman Kerri Wyland said only that the bill was approved unanimously by both houses and made “needed changes” to the law.
The change in the law spells out who is an “interest holder” in a points-based time-share plan, in a 130-word paragraph. The changes in the law say that historic time-share owners, who still own deeded weeks of time, are not “interest holders” in the company’s current points-based system. The new definition of “interest holder” was proposed in Senate Bill 818 just weeks after Norton argued its definition in briefs filed on the docket of the pending lawsuit.
The company also highlights one sentence of the amendments to the law that read, “This paragraph is intended only as a clarification of existing law.” According to the company, that sentence means the changes in the law are basically retroactive and apply to Norton’s lawsuit, which was filed in May 2016, months before the bills were introduced.

The Florida Legislature has traditionally shied away from legislation that would alter the outcome of existing lawsuits, Wilcox said, but there is no hard-and-fast rule about that.
Robert Clements, an Orlando-based lobbyist for ARDA, said in an email that the recent legislation was developed by ARDA “working groups” covering many topics and geographic areas.
He said ARDA works “on behalf of the greater industry and does not concentrate on specific developer issues.” He declined to comment on the impact of the legislation on the company’s lawsuit.
The company has filed a motion to dismiss the entire case filed by Norton, which is currently pending. The named plaintiffs in the case, which seeks class-action status, are time-share buyers Anthony and Beth Lennen.
Since 2010, customers have bought points that can be used at a variety of locations. The points program is intended to offer more flexibility, but critics of the program complain that the basis for determining value of points at various properties can be arbitrary or disputed.
Before 2010, MVC's week-based program allowed customers to purchase a week of ownership at a specific location or resort. They could trade, but only with other specific locations.
Among other allegations, the lawsuit charges that MVC and First American Title Insurance Co. are engaged in a racketeering scheme to make money illegally from the fees charged on time-share transactions, under the federal Racketeer Influenced and Corrupt Organizations Act.
"The company and First American created a RICO criminal enterprise for … the purpose of allowing the company to make withdrawals from [an] escrow account … in connection with sales of invalid time-share estates, providing First American with a robust revenue stream of escrow fees and title insurance premiums despite the absence of title," the lawsuit states.
Orlando-based Marriott Vacations Worldwide Corp. (NYSE: VAC) says it has about 60 properties with 12,800 vacation ownership villas and about 410,000 owners in the United States and eight other countries. The company pools its time-share resorts into the real estate trust handled by First American.

By Paul Brinkman
pbrinkmann@orlandosentinel.com
at July 21, 2017 No comments: Links to this post

Editor's Note: The actual names of my clients have been redacted for confidentiality purposes:

Trick #2: Get customers to pay off their timeshare mortgage before they figure out they've been taken 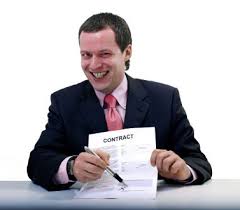 Timeshares know that a certain percentage of customers will eventually figure out that they can negotiate out of their contract by using a law firm or an agency such as Resolution. That's why timeshares use a couple of sneaky tricks to get as much money as possible from their customers as quickly as possible. One such trick involves the interest rate charged. Usually it's pretty damn high. I'm talking anywhere from between 13% to 22%. This interest-rate strategy encourages customers to transfer their high-interest timeshare debt over to a lower-interest bank loan, which pays off the timeshare instantly. Once the timeshare has been paid off, it doesn't really matter if the customer figures out how to cancel their timeshare contract, because the timeshare already has its money. What's more, those customers who are unable to refinance, and who never realize the extent to which they've been deceived, will pay dramatically more money to the timeshare over a ten-year period, often more than twice the original purchase price. 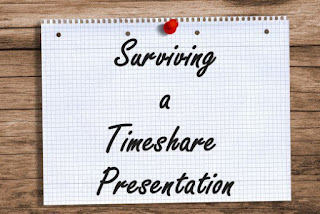 When you help people out of their timeshare contracts for a living, you spend a lot of time listening to stories about sales presentations. The following list of timeshare tricks is based on hundreds of conversations with as many clients. I consider these to be the most effective techniques used to separate people from their money. Most of these tricks are used by all timeshare salespeople, regardless of the timeshare company they work for. We’ll kick off today with trick #1:

Trick #1: Starting out with a ridiculously high dollar amount.
The salesperson does this for two reasons, both of which are critical to getting the sale. By starting off  extremely high, the salesperson establishes a dollar reference point by which all other offers can be compared. The technique usually results in the following exchange between husband and wife after their purchase:

(Little does the customer know, the salesperson would have accepted $7,000 as the final price.) This trick is pure psychology: $15,000 sounds like a small number and an awesome deal when compared to $50,000 – no two ways about it.

Second, by starting out high, the salesperson now has the ability to make up an excuse for lowering the price, to make the customer believe they are getting a steal. This excuse usually takes the form of a supposed foreclosed property or a trade-in.  Rarely is this actually the case, but the salesperson will lie and say it is. This sneaky trick also plants a seed in the customer’s mind that their timeshare can be given back to the timeshare company in the future, which is simply not the case.
at May 17, 2017 No comments: Links to this post

Tom Heehler
Tom Heehler is an American writer, consultant for Resolution Timeshare Cancellation, co-founder of Sapphire Timeshare Cancellation, and founder of The Heehler Institute of Creativity (the online creativity college opening in Orlando in the summer of 2021). He blogs and writes on a wide range of topics, including the vagaries of the timeshare industry, the power of language, and the mechanics of creativity and innovation. His writings have been featured in The Chicago Tribune, The Economic Times of London, The 43rd Saint Gallen Symposium in Switzerland, The Times of India, and QFinance, to name a few. 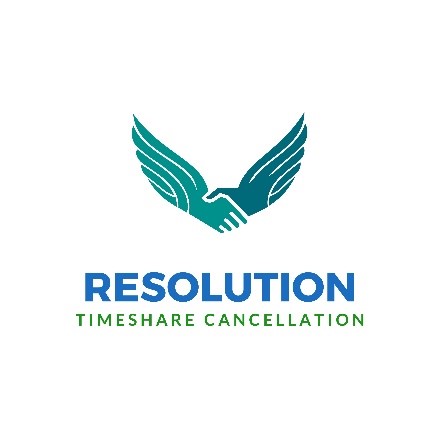 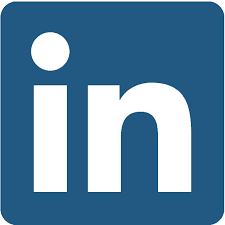